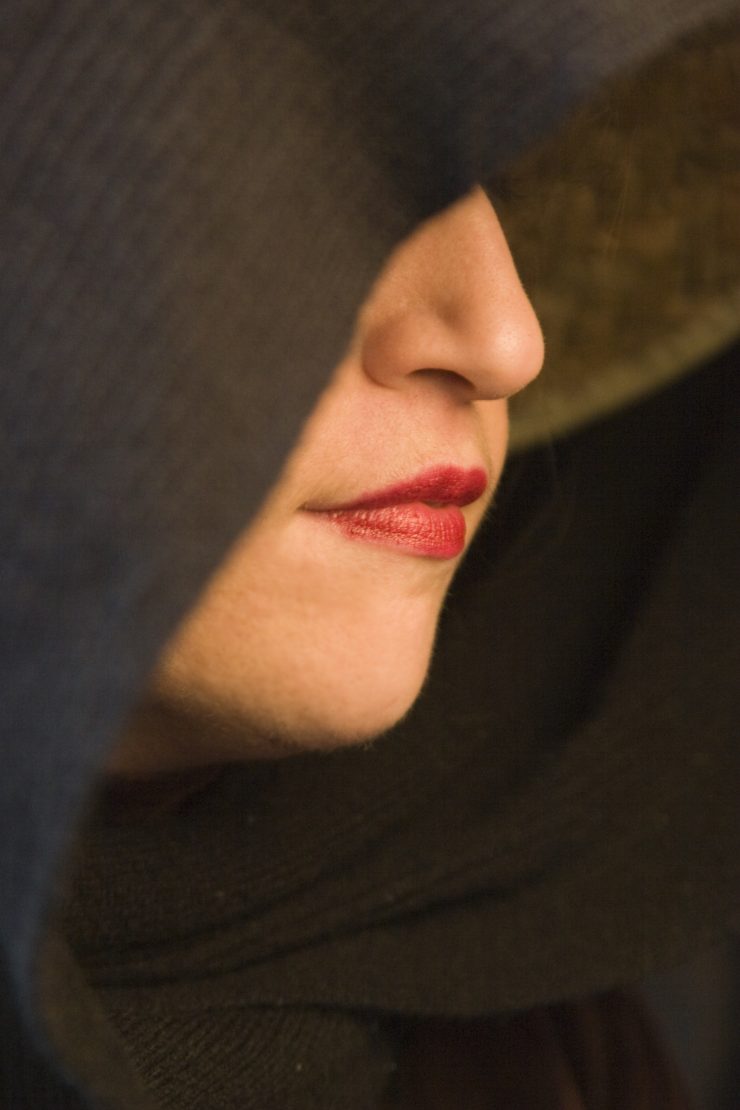 Becoming invisible have been a major dream of humanity since the dawn of time. If this dream was to be found in SF or Heroic literature for long (Hello Harry Potter!), latest technological developments are more and more blurring the line between reality and fiction. Here is a quick overview on this matter, with very different approaches from companies.

Let’s start with a project that has been buzzing a lot since its launch on the Betabrand crowdfunding platform: Flashback is a fashion collection launched by DJ and producer Chris Holmes, motivated by one moto: making you invisible to paparazzi!

Thanks to the 5 items of the collection (a jacket, a suit pant, but also a hat, a scarf and a hoodie) it only takes one flash in order not to be seen. Indeed, these clothes are made with a super reflective textile that includes glass nano-spheres, which overexpose pictures. A very specific project that illustrates the use of new smart textiles.

In Canada, Guy Cramer have been developing, thanks to its HyperStealth Biotechnology Corp company, new technologies of camouflage textiles for many years. Unfortunately, those concepts are been kept secret, via  a rather original intellectual property technique. You will only know that these textiles use light-detouring and light-propagation technologies; and that both Canadian, Jordanian, or the US Governments are in the starting blocks, either through contracts with Mr. Cramer or development of internal solutions.

Hyperstealth announced that objects covered with their textiles are 240% harder to detect and 170% more difficult to recognize, with scientific studies backing these numbers.

But camouflage is not only about not being physically seens. The KOVR project develops another definition of camouflage, oriented around privacy concerns. If the 2 first clothes from Dutch designers Marcha Schagen & Leon Baauw are more than remarkable in the streets, they are at the same time a true ally for consumers concerned by electronic privacy.

Indeed, the KOVR bag and coat are both made with textiles combining nickel, copper and polyester, which blocks electronic waves. 2 main benefits: the smartphone geolocation is blocked, but you can also secure your personal info accessible though NFC (such as bank info or transports credit). A true camouflage from digital tracking…

The Extra Fantômes exhibit, which takes place at La Gaîté Lyrique in Paris until 31st July, also explores the topic of invisibility at the age of new technologies. Anne-Sophie Bérard, art consultant for the exhibit, in collaboration with the Daily tous les jours studio, explains: “The exhibits wants you to wonder about the representation of ghosts at the digital era. If the first two courses are focusing on traditionnal forms (surnatural, ghost train…), the third one asks about new ghosts: machines that are watching us, unseen electronics waves around us… It a hot topic, both in the artistic and the scientific communities.”

Thus, US artist Adam Harvey exposes two kind of works in order to make us disappear from the eyes of machines. Its CV Dazzle project use hairdressing technics and cosmetics to avoid facial recognition from CTTV. “This work is inspired by traditional naval camouflage techniques, called Dazzle, which were used during World War 1” explains Anne-Sophie Bérard. “It was all about optical illusion: by painting boats with complex patterns, crossing lines and contrasted areas, it was very difficult to estimate the number, size, positions and speed of boats. Here, Adam Harvey works with the same principles, creating a make-up and hairstyles that counfounds surveillance systems.”

His other exposed work, called Stealth wear,  is a fashion line made to protect us from drones: thanks to metal-embedded textiles, thermal cameras can no longer detect you. « What is interesting here, adds Anne-Sophie Bérard, is to see that fashion is a true political item: we can use clothes, make-up and hairstyle to protect our personal lives. And the paradox between reality and virtuality is interesting: even if CTTV can no longer recognize you, it is quite sure your look won’t be very discreet in the streets!”

All these innovations calls different uses and reasoning that are critical to a lot of actors, from companies and Defense ministries’, but also the most concerned people on privacy : stars, low-tech aficionados…

It is also interesting to note that most of these projects are not the results of smart textile specialists: maybe we truly need fresh blood and multidisciplinary backgrounds to meet in order  to innovate!