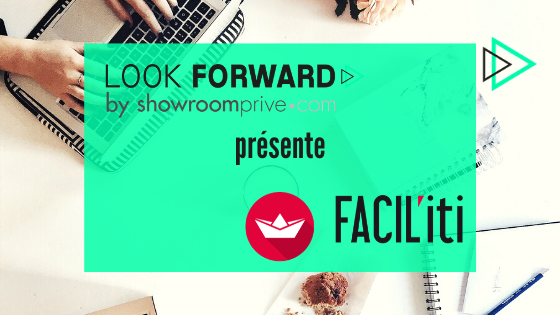 The start-up Facil’iti has been created in january 2018 in Limoges. The start-up offers a custom made solution for digital accessibility, directly adapting the content of any website to the needs of each internet user, thus allowing people with visual, motor or cognitive disabilities to surf on the web and access information. Seeing the ongoing sanitary crisis that we face, Facil’iti decided to offer its solution to the public health and government websites so that anyone can have access to infrmation.

Could you rapidly introduce yourself and how you got to this point?

Yves: “I graduated both from Sorbonne University in the last century, and EM Lyon more recently ! I have worked most of my long carreer in the luxury textile industry as CEO of silk weaving mills in the Lyon area. When I sold this company, I was looking for something different, a project which has deep meaning for me. That’s how I met the team that created FACIL’iti.”

How did the team came up with the idea to create Facil’iti?

Yves: “FACIL’iti was originally invented by a small communication agency which was based on three major values: the respect of the environment, respect of the human beeing and finally innovation. Each staff member was given some time dedicated to personnal projects each week: this is how a trainee came up with the idea of developping a solution that could make any website more accessible to any person with different needs, without modifying the original website.”

What is the best memory in your entrepreneurial journey?

Yves: “The day we implemented Facil’iti on the first customer’s website. Our first contract was a real crash test as we signed with the Banque Populaire group and its dozens of websites. Equipping a banking group pushed the technical teams to the limit, as we had to prove that we were up to speed in terms of security and respect for personal data. Once this test was passed, we were completely reassured about the fact that the solution was working well!”

What was Facil’iti’s most important success?

Yves: “The more than twenty awards received so far both in France and internationally! These only confirm the importance of our project to us and to the people we are trying to help having easier access to web surfing.”

…And the worst issue?

If you could go back in time, what would you do differently?

Yves: “I should have believed in my dreams earlier. I have been fortunate to have had several professional lives, all different, all interesting and all the fruit of encounters, improbable or unexpected, but always interesting. The fact that nothing is written, or rather that it’s up to you to master the writing! With my background, I would never have imagined that I would go into tech!  When I met Frédéric, the founder of Facil’iti, it became obvious: an innovative project, full of meaning, global potential and a great team. I threw myself into the adventure and never regretted it for a second!”

Which piece of advice would you share to someone looking to dive into an entrepreneurial journey?

Yves: “Dare! Don’t think too much, go forward. Failure is the best way to success if you learn from it. The anglo-saxon approach to failure is so much more positive than the french one!”

What was the most important event that happened to Facil’iti this year?

Yves: “We just received the French Tech Tokyo Award as “French startup of the year” in Japan. This is such a great achievement for us! The whole team has worked so hard and is rewarded for it, it’s pure magic.”

What’s the next milestone you are heading to?

Yves: “We should be opening a new branch in Canada this semester, and I hope the USA by the end of the year!”

What do you expect from future?

Yves: “I expect from future that we at last enter in a really inclusive society, where anyone can have an easy access to information and culture.  This is not only an innovation issue but much more like a way of looking at others and open our eyes, but things are finally changing. At Facil’iti we strongly believe we have a mission : to make our world a better place to live for all.”

Since January 2020, Facil’iti is accelerated by Look Forward by Showroomprivé, a one year free accelearion program dedicated to entrepreneurs fron the Fashion, the Retail and the Beauty industries, willing to transform these industries including toward more sustainable practices.