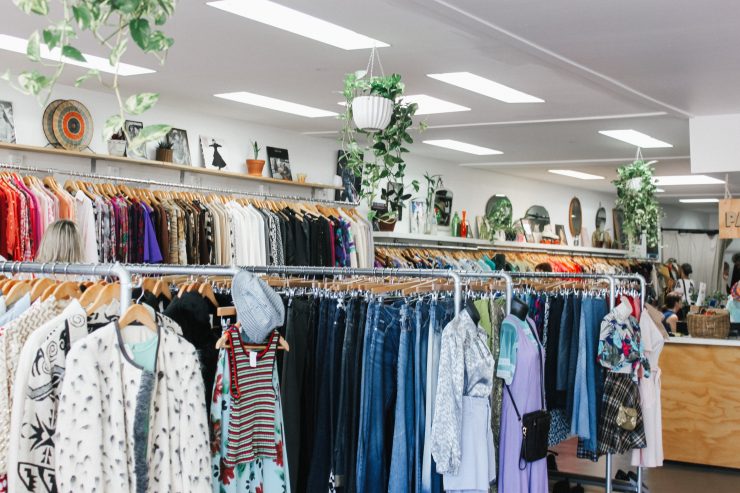 Streetwear is no longer a part of the minor genres in Fashion. However, this style has evolved as any tendency potentially adopted by the most. Today, streetwear is considered as a lucrative industry and almost the antithesis of the early anti-fashion: the innovative and revolutionary spirit of the past seems to have disappeared.

Paradoxically, the future generation of consumers, the generation Z, following the Millennials, plebiscite streetwear as her favorite dress style; it has been evidenced by a study of the firm Piper Jaffray, made with American teenagers this spring.

When we analyze more closely the interests of this generation about fashion, a conceptual factor is also important for her: gender identity. Indeed, more than its predecessors, Gen Z wishes to express a wider range of gender identities, even when it’s just about clothing. The binary of genders (male/female) will soon no longer satisfy or at least frustrate a growing part of this young generation who is waiting for more stylistic proposals going beyond borders.

Indeed, more than its predecessors, Gen Z wishes to express a wider range of gender identities, even when it’s just about clothing. 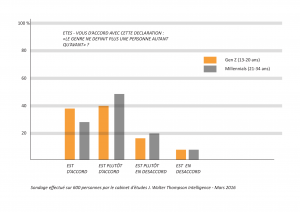 But then, how to conciliate streetwear and fluidity of genders? If streetwear still continues to value the original and individual expressions, the industry remains a dominating masculine aesthetic; which is also very classical on this concept of gender. Streetwear for women have begun to set the tone for two decades, but when it comes to gender identity, the result is still, for many brands and labels, the glamorized symmetry of the men’s « street » wardrobe, just take a look on the latest collection Fenty x Puma.

But what kind of streetwear will be mostly adopted by this Internet-native generation claiming values rejecting the binary of genders?

Attempt more feminization in the streetwear for men

The streetwear industry could win by deflecting gender bias because this fashion has been successful in the multicultural and multi-inspirational. The feminization of the men’s wardrobe in Fashion has always been received in a cold way by people: men in skirts? What an idea! Already ironic in so-called “traditional” fashion, this daring is even more intense in the streetwear culture, that continue to highlight the fantasy of the “ultra-virile” man from the ghetto. However, Gen Z wants to redefine masculinity: this redefinition must take place in streetwear through collections that upset the established order and by considering the influence of personalities who participate to this progress, first in mind Jaden Smith and Young Thug or Eddy de Pretto in France.

Simply defending a “post-gender” streetwear, focused on the deconstruction of gender norms

Streetwear is gradually being introduced by the birth of brands whose driving line is the fluidity of genders. Luxury-streetwear labels such as Y/Project, Ambush Design or Koché are participating in a new era of streetwear that breaks down the binary codes of the expression of gender: bold associations, deconstruction of silhouettes, assumed borrowings of either wardrobe, … the possibilities are endless. In a complementary way, we are witnessing the development of more mid-range brands that openly consider themselves as “gender-fluid” and who are renewing the aesthetics of the origins of streetwear. Genkstasy, an Australian new-born brand, is an example of supply in front of this growing demand.

Popularize this fluidity among major brands of streetwear-sportswear

Finally, would giants like Adidas or Nike be ready to popularize this concept? These brands, favorite of the Gen Z, should also focus in this direction to interest more widely this generation that does not recognize for a majority in the classic duality of men against women. Faced with the difficulty of modifying an already strong brand DNA, we can observe three solutions to democratize the concept of gender fluidity in these large groups :

This new creative development around the fluidity of genders thus participates in legitimizing the existence of the concept, still too much perceived as a temporary rebellion against the standards of a still well-established society. The streetwear, style reinforced by long domination of masculine communities and which lives on stereotypes of masculine and feminine, must be opened to this deconstruction of the gains to continue through the generation Z and to find the values which made its original success. And if one day the fluidity of genders in streetwear could be the norm?