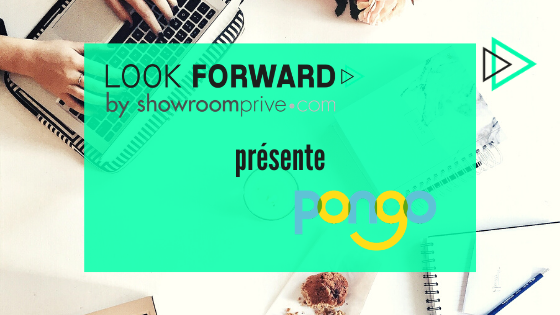 Discover now the story of Pongo and meet with Ludwig, the co-founder :

Could you introduce your professional path? How did you get there?

Ludwig: After writing his final thesis on the role of digital in local shops, Nicolas worked for eight years in the digital sector, responding to the various issues faced by retailers. Personnally, I spent two years in China, where I saw the emergence of messaging applications such as WeChat, and especially the surge of local commerce. After that, I worked in retail as a key account manager where I was able to see what the issues were for retailers. After years of working alongside with retailers and restaurants in a fintech start-up, we came to the conclusion that one of the biggest problems for them was what we call “repeat business”.

How did you come up with the idea for your project?

Ludwig: Many start-ups focus on acquisition like TheFork, Deliveroo, Eber Eats, Balinea etc. but very few provide real solutions on retention. We believe that what makes a business or a restaurant last over time is customer retention and repeat business. Therefore, marketing efforts should be focused on that.

What is your best memory of your entrepreneurial adventure?

Ludwig: I have two things in mind: The first is simply the launch of our very first product, when we were still called Glu at the Vivatech trade fair two years ago. The second is when we raised our seed round, because that meant we were about to be able to build a team in order to accelerate the pace both on the product and on the business.

What was your biggest success?

Ludwig: Signing one of the biggest retailers in the food industry, and being able to create a product that meets a real need.

…And your worst failure?

Ludwig: Beginner’s mistakes actually, especially in recruitment, which can waste a lot of time at the beginning of an adventure!

If you could start from the beginning, what would you do differently?

Ludwig: We would do everything to waste as little time as possible and stay focused on our goals.

What advice would you give to someone who wants to embark on an entrepreneurial adventure?

Ludwig: The best way to get started is passion, because you have to be very resilient. Entrepreneurship is often compared to a rollercoaster, and rightly so, because you go from ultimate happiness to anxiety and back again in a second. You will also need to surround yourself well, choose your partners wisely so that each one plays his role and is also motivated after two or three years, because it is often your pilgrim’s stick on which you can rest from time to time.

My last piece of advice: go for it, it is better to ask forgiveness for having gone too far too fast than to ask permission!

What was the most important event for you this year?

Ludwig: We have signed our biggest client this year since the beginning of the project, and we will surely raise funds again so we can accelerate again.

What’s the next step?

Ludwig: Passing the 1000 paying customers mark would certainly be a great milestone!

What do you expect from the future?

Ludwig: The no code movement is very interesting, because it allows everyone to get started without having to be an engineer or web developer. In the future, if this intensifies, we’ll see a whole new generation of entrepreneurs whose only limits will be their imagination and legislation.

Since January 2020, Pongo is accelerated by Look Forward by Showroomprivé, a one year free accelearion program dedicated to entrepreneurs fron the Fashion, the Retail and the Beauty industries, willing to transform these industries including toward more sustainable practices.

To know more about Pongo : https://www.heypongo.com/