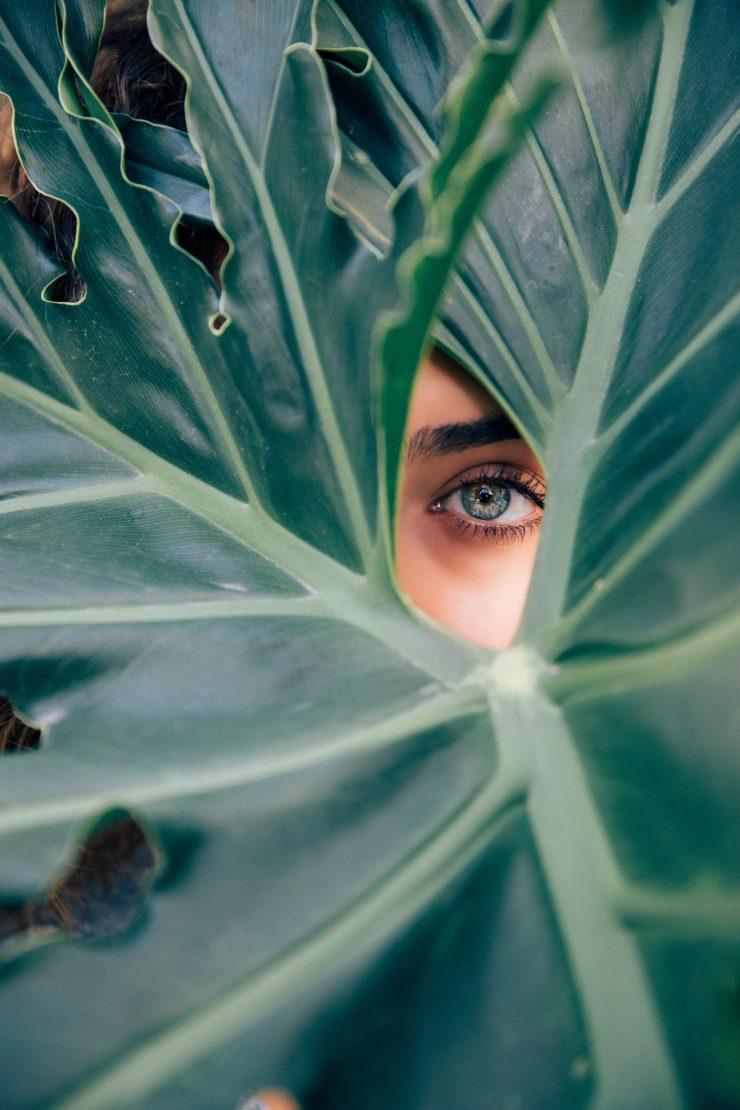 Responsible fashion is nothing new. Les Trente Glorieuses brought the consumer society to France, now being in full swing.  Yet, as early as in the 70’s, hippies denounced that lifestyle and encouraged a more close to earth and responsible consumption. Nowadays, we don’t talk about hippies anymore, but hipsters, and being “green” is being “in” (as proven by the amount of youtubers explaining their transition to a vegan lifestyle). Some may see a kind of irony there… High waisted pants, fringes, leather jackets and maxi dresses: these last years, Woodstock overran our wardrobe.

In a steadily progressing world, why going in reverse?

Nowadays, only two weeks are necessary for the trends spotted during Fashion week to arrive in mainstream shops: this is what is referred as “fast fashion”. Always faster, always cheaper: “the earth’s natural resources are under pressure, and while fashion is not the most obvious contributor, it is a considerable one. Social conditions in the fashion industry are also far from those set forth in the United Nations’ goals for sustainable development” (copyright: The Pulse of the Fashion Industry). 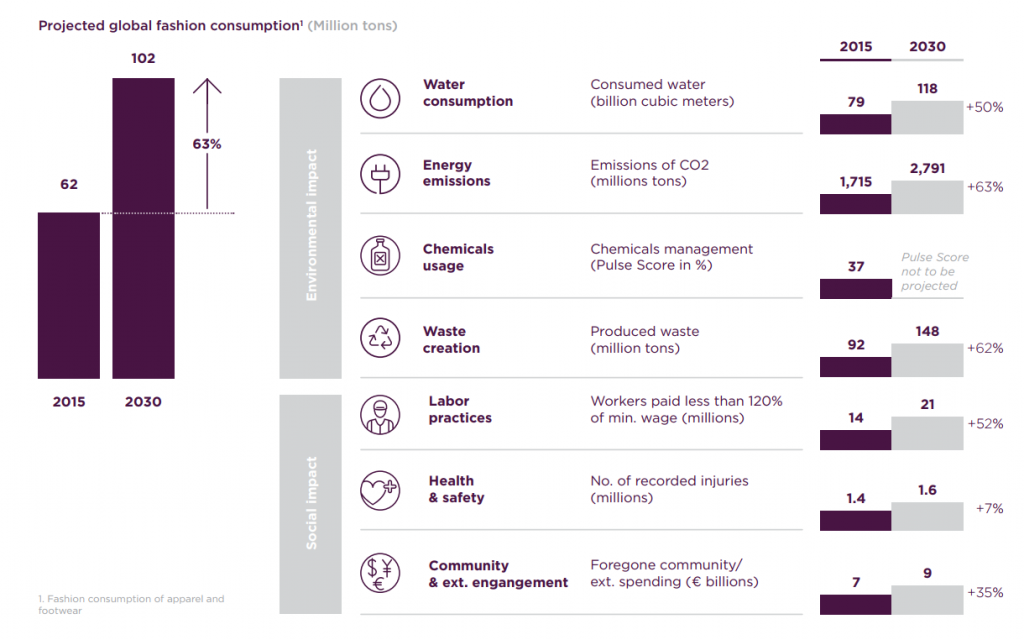 Bangladesh, in April 2013, the Rana Plaza building, hosting the clothing factories of several fast fashion corporates, collapses. With more than 1,100 persons killed, the whole world had its eyes on what is considered the deadliest garment-factory accident in history, therefore unveiling the terrible safety and work conditions of the textile workers in this country. As evidenced by the chart, whether it be on a long or short-term, this way of functioning is not feasible.

What does « responsible fashion » imply?

It is a commitment from both consumers and suppliers. On the consumer end, it means thinking twice about its purchase, and making the choice of buying an often more expensive product in order to support the initiative. For the supplier, and the firm behind it, it implies to comply with the goals set for sustainable development. Responsible fashion is reachable in many ways:

Not far behind, we find Northern countries, with Germany, Sweden, Norway, Denmark and the Netherlands. Consumers there are far more involved than their European counterparts and tend to purchase more fair trade and organic products, the offer is therefore more important. However, they stay rather quite on the matter.

As an evidence of the gap between Western and Northern Europe, the French edition of the Ethical Fashion Show, launched in 2004 in Paris, shot down in 2012 due to the struggles faced by French firms making responsible fashion. It must be said that the economic crisis of 2007 has had a dramatic impact for years, and fast-tracked the French population towards “fast fashion”. However, the German edition of the fair still subsists, proof of a strong ecological commitment from the German population.

Despite the success of “Made in France” these past years, the country of Human Rights, that should be ethically exemplary, is having a hard time getting its consumers interest on responsible fashion.

Issues come from both supply and demand. Charlotte Dieutre, who launched the collection Fashion Integrity by Galeries Lafayette, explained during the Look Forward Fashion Tech Festival (see the conference below), the difficulties for big corporates to trace their products throughout the supply chain. It ends up being easier for smaller firms as they operate more locally and benefit from a rather limited supply chain. However, they struggle making a name and suffer from a lack of exposure. For big retailers, the supply chain is often so long that it is almost impossible to trace their products from the very beginning. Yet, if it is impossible for responsible fashion brands to ensure transparency, the act of purchase loses its sense. There is then no way for the consumer to ensure that the brand is truly committed and not only greenwashing him. Co-branding could be a mean for big firms to access a limited supply chain, and for small firms to gain exposure. An example would be the collection initiated by Creative Handicraft and created by Antik Batik for Monoprix,

People want to buy beautiful items more than they want to buy green or ethical ones. At the moment, even if we wanted to purchase responsible fashion, the lack of choice is not encouraging, neither is the price. What we would need is to disrupt our actual consumption habits and rethink clothing as an investment throughout time. In that sense, we should consider the “Cost per wear” at the purchasing moment, which is the cost price in relation with the amount of times the consumer wears the item. In fact, a 20€ low quality pair of jeans worn 5 times will always cost more than a 100€ high quality one worn for about 30 times.

Change mentalities, yes, but how?

First, giving the rather moderate enthusiasm from the French population for responsible fashion, we can wonder if there really is an expectation there. Unfortunately, the lack of communication and commitment from society does not allow the trend to spread. And yet, the more trendy and glamourous will responsible fashion appear, and the more interest it will get.

Responsible fashion brands should use the same tools as mainstream fashion ones: social media. Nowadays, allergies caused by chemical components or a poor quality will quickly buzz on social media. It has become almost impossible for firms to hide away from their responsibilities. It represents an opportunity for responsible firms to arise as an alternative, while boosting their visibility by using influencers for example.

Developing responsible consumption implies to provide more alternatives and to encourage initiatives in that area, especially financially, for responsible fashion to be more affordable. In that extent, a first action could be to implement labels, therefore helping costumers make sure they are not being greenwashed.

Talking about hippies, responsible fashion still suffers a very “boho” image, reducing it to a lifestyle only accessible for a utopian minority. There is a real need in France to innovate within the textile industry and freshen up this “boho” image to popularize responsible fashion and make it affordable. Good news is that the green revolution is just around the corner… Let’s hope it will invade France!